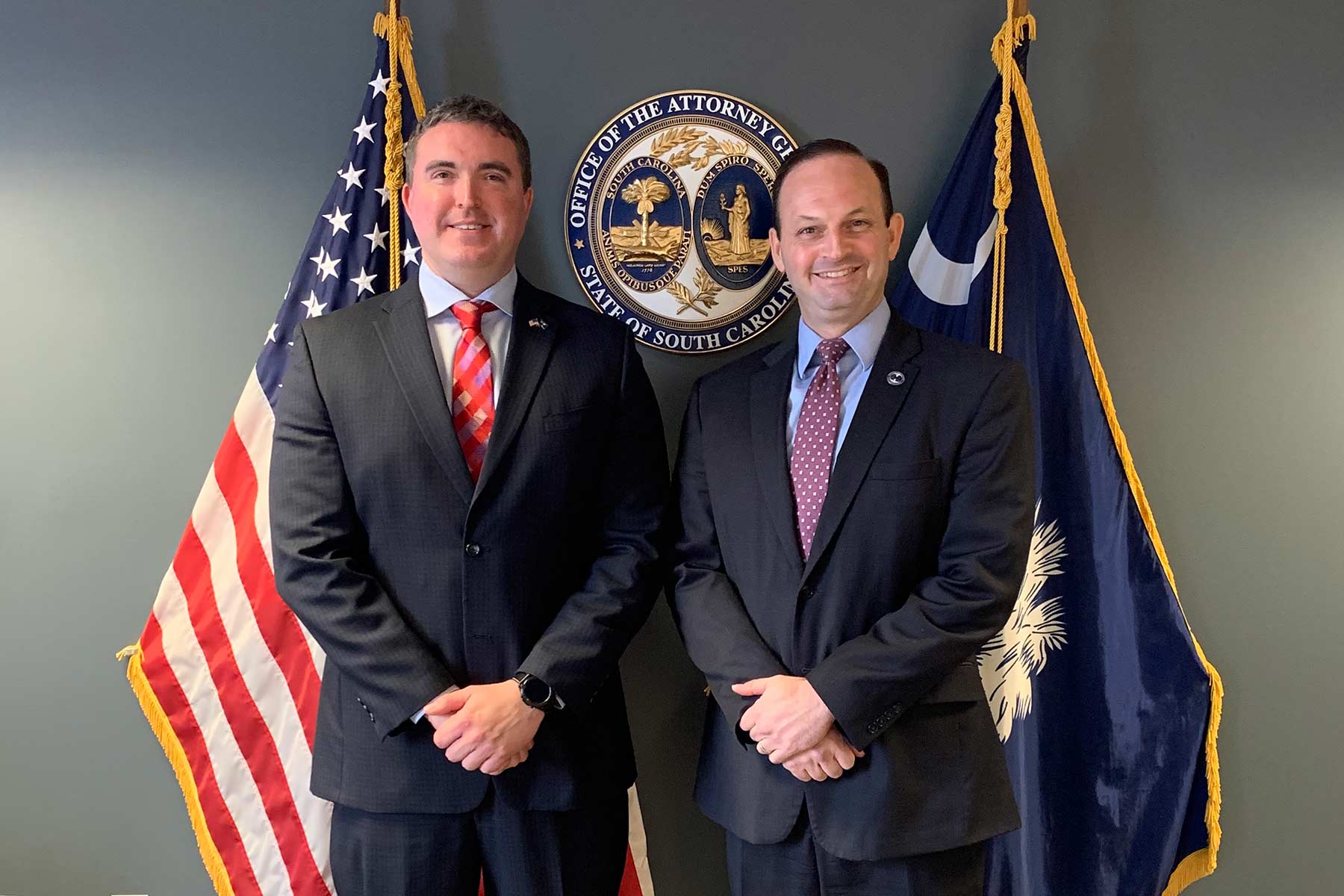 The SC Attorney General Alan Wilson has endorsed Robby Hill for Florence City Council in the race for District 3. The Attorney General announced his endorsement of Hill in a press release on Monday, February 1.  According to Attorney General Wilson, “Florence is important to me and my family. My Mother was a Dusenberry who grew up in Florence.  She brought my siblings and I to spend most summers in the very district Robby will represent.  My love for Florence brought me back to Francis Marion to further my education.  When I heard my friend Robby Hill was running for public office, I wanted to make certain the community knows what a selfless public servant they have in him.  Our friendship spans over more than a decade and I have come to appreciate his wisdom, advocacy, and integrity. Robby has always been a man of his word and it is my great pleasure to endorse him for City Council in Florence.”

“Robby Hill has done so much for the City of Florence.  Not only has he always been a faithful supporter of the Republican Party but he has always been an ardent supporter of 2nd amendment rights.   Robby appears laser-focused on bringing new ideas to tackle the City’s violent crime rate.  Robby’s plan for preventing violent crime and attacking gang activity with a partnership approach in Florence is desperately needed.”

“Robby Hill is an advocate for small business owners in Florence and SC as demonstrated by his work with the SC and Florence Chambers of Commerce.  His commitment to commerce is backed up by his long resume of entrepreneurship & service to his community.  He saw a need in downtown Florence and he went to SC Commerce Secretary Hitt’s office and got a half million dollars in grants to help make it a better place to do business” Wilson says. “Robby Hill clearly understands the challenges facing small businesses. The pandemic has had a major impact on our economy and we need leaders who have detailed plans to help our communities recover. Robby Hill has a solid plan for rebuilding a damaged economy because high unemployment can lead to increased crime.”

Today’s endorsement puts considerable grassroots support behind Robby Hill’s campaign. The legal and law enforcement community as well as small-business owners and their employees vote in large numbers and make a point of recruiting other entrepreneurs, friends, and family members to support the candidate