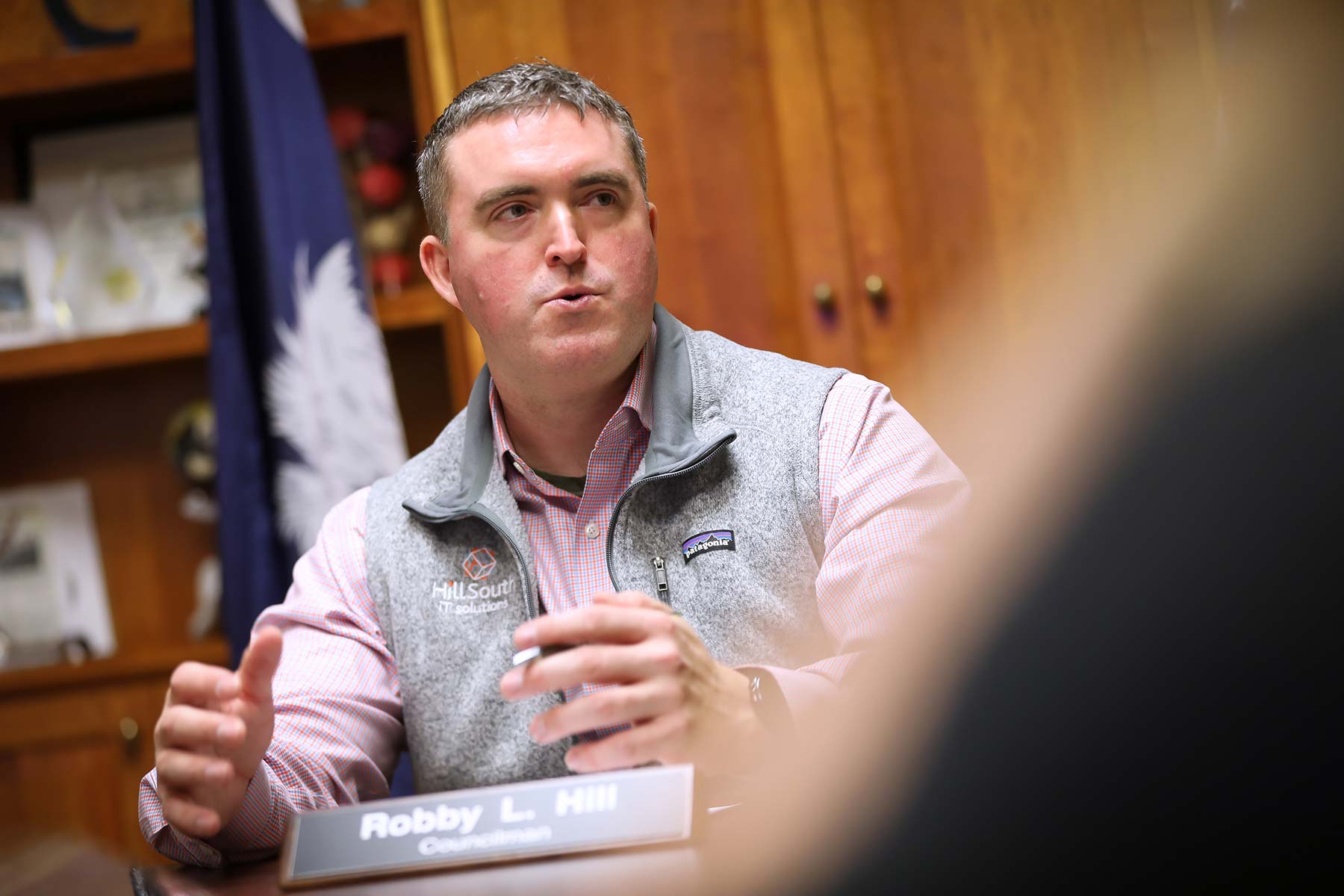 FLORENCE, SC - Former Florence City Councilman Robby Hill will be making an exciting announcement about the future of the City of Florence on Friday, December 4th. Robby will be discussing this big news as a guest on the Ken Ard radio show at 7:30 AM, and then will make a formal announcement at 12:30 PM at Lula’s coffee shop in downtown Florence.

Robby is a lifelong resident of Florence who has dedicated his life to giving back to the community he loves. He is the founder and CEO of HillSouth, a local technology consulting firm that currently employs 15 people and is also a certificated airplane pilot. As a Florence City Councilman from 2012-2016, Robby fought to keep property taxes low to ease the burden placed on small businesses and to support local law enforcement. He has also served as a Board Member on the City Planning Commission, the Downtown Development Corporation, and the South Carolina Chamber of Commerce.

To learn more, we encourage everyone to tune into the Ken Ard show on 95.3 WFRK at 7:30am on Friday morning and/or join us at Lula’s downtown at 12:30 pm. For more info, you can contact us on Facebook.com/HillforFlorence or at robby@robbyhill.com or 843-432-4010.