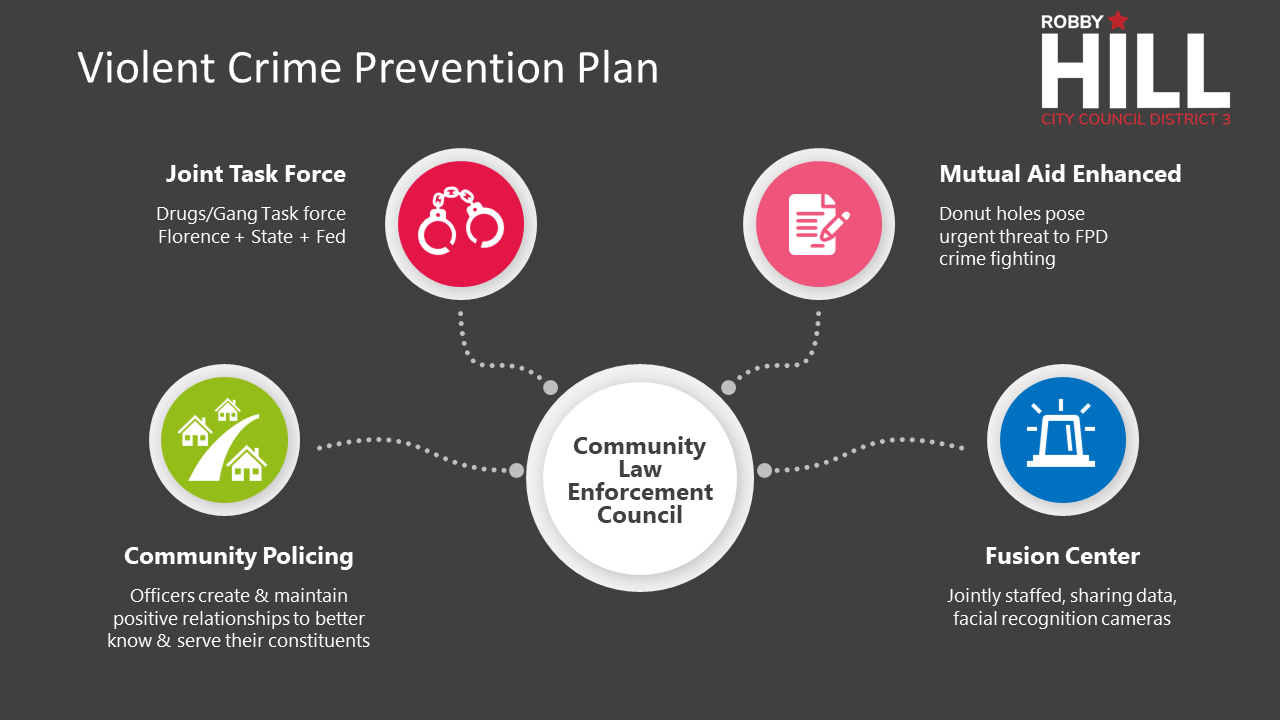 Florence County has a population of over 100,000 MORE residents than the City of Florence yet the rate of violent crime occurring in the City and the County is almost identical year over year.  It is clear our City faces a violent crime problem.  The old ways are not working - something new must be attempted to break the vicious cycle of senseless violent crime.

Hill has stated: “Since crime knows no boundaries; the City and the County must finally break down the long-held institutional silos and effectively work together to combat the City’s crime challenges head on.  Finally, the City of Florence needs to implement a true community policing program led by a new Community Law Enforcement Council to rebuild trust between police and the people they serve and protect.”

This comprehensive violent crime prevention plan is the product of information received from many current and retired law enforcement professionals consulted by the Hill Campaign. The design of it was led by longtime advisor Captain Kaynerra Capers.  Capt. Capers stated “The police officers of the City of Florence, under this plan, will get to know their designated community and create and maintain positive relationships in order to better serve.  We envision a force that is proactive in policing methods that are demonstrated to work to combat violent crime in our community.”